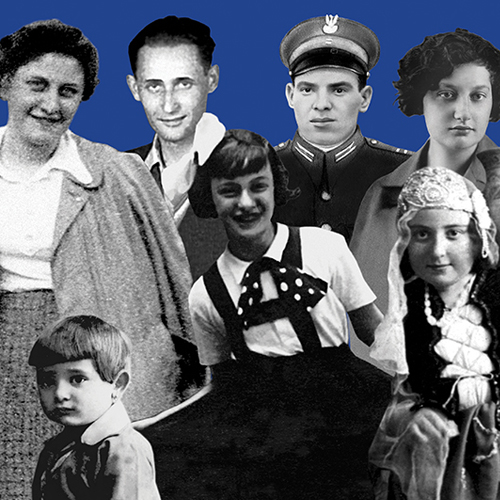 The exhibition “10 Polish Cities—10 Jewish Stories” is the second permanent exhibition presented at the Galicia Jewish Museum in the Taube Family Gallery. This exhibition is based on the personal stories and family photographs of ten Polish Jews.

All of them were born in the first decades of the 20th century, were brought up or reached adulthood in interwar Poland. They came from various towns and different backgrounds: their families represent the variety of Polish Jewish communities before the Second World War. The world that they knew fell apart in September 1939. Even though they managed to survive – in the ghettos, camps, hidden, as partisans, in the Soviet army, or in exile far away in the East – they lost their families, their family homes, and after the war they had to build their world from scratch. Six of the heroes of this exhibition stayed in Poland after the war; one person stayed in the Soviet Union and settled in St. Petersburg; one migrated to Israel and finally returned to Poland later; two migrated to the United States, but maintained their special connection with Poland.

In the background of each of these ten stories one can also see the history of the ten towns. The heroes of this exhibition recall specific sites they remembered from their childhood and situations related to these places: these situations are sometimes funny, and sometimes they are tragic. Seven of these towns are now within the territory of Poland, while three of them now belong to Ukraine. This also indicates a very complicated and difficult history of Central and Eastern Europe in the 20th century, and is yet another element of a narrative that describes the fates of many people who lived through the 20th century in this part of the world.