Meeting with Rafał Kowalski, author of the book “Reszta ciała” (“The Rest of the Body”) 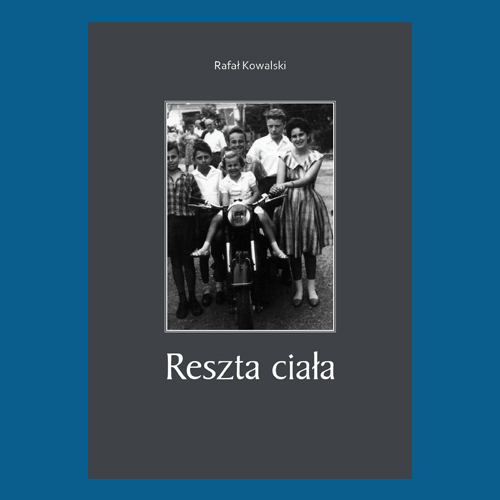 “Reszta ciała” (“The Rest of the Body”) is a publication which includes reportages about a few generations (grandparents, their children, and grandchildren), which are connected by the town of Płock and by Poland, by their Jewish heritage, by memory, and longing. The author spoke with his heroes in Israel, France, Belgium, Italy, and a few towns and cities in Poland. For example, in an Israeli town of Kiryat-Ata he met Zosia Zylber/Hedva Segal, who was born in Płock before the Second World War..

“The Rest of the Body” is also a story about people who don’t have any Jewish roots, but were born in Płock and, in many various way, treating it as their civil duty, take care of the Jewish memory of the town. For instance, Dorota Cieślik, her friends, and students from Płock schools, after a series of workshops, created a themed mural: the only reminder of a former Jewish cemetery in Płock.

Rafał Kowalski – a citizen of Płock. Deputy director of the Museum of Masovian Jews in Płock. He graduated from the Department of Journalism and Political Sciences of the University of Warsaw. He defended his PhD in the field of Political Studies. Formerly a journalist of “Gazeta Wyborcza”, he is a researcher of Polish-Jewish relations, the culture and history of Jews and the state of Israel. He collects personal stories and memories from Jews originating from Płock by conducting direct conversations with them and with their families all around the world. He is the author of the books “Raz jeszcze. Żydzi, Płock, Polska” (2016), “Płoccy wypędzeni. Marzec ’68” (2018), “Być dla kogoś. Hanna Witt-Paszta” (2018), “Reszta ciała” (2020 r.). He is the co-author, with Mariusz Piotrowski, of a reportage “Szacun. Andrzej Marszałek” (2017) and an author of a theater play “Czarne czereśnie” (2016).