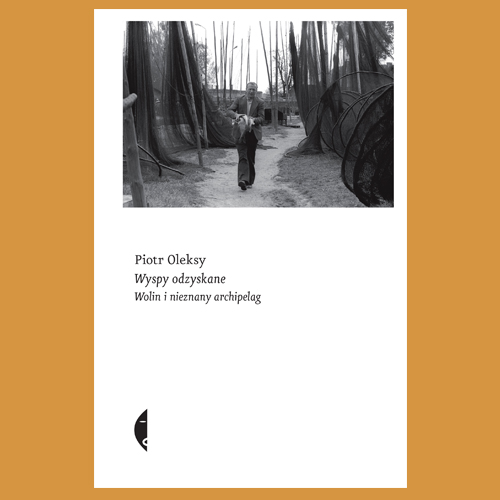 This story begins at the end of the Second World War, when islands were taken from the retreating Germans and became part of the territory of Poland. Some decided to leave, while some Poles decided to come and live in the abandoned homes. The newcomers brought the memory of the Polish Eastern Borderlands with them. The emigrating folks carried the memory of the landscapes of their childhood and hundreds of years of their history.

The heroes of “Wyspy odzyskane” (“Reclaimed Islands”) made a life for themselves in the nearby neighborhood of an uncertain border despite an unstable administration, the arbitrariness of the Red Army, the ubiquitous looting, and the untamed water. The authorities of Communist Poland, however, worked intensively to search the cultural and historical grounds for the presence of Poles in these areas and for the eternal Polishness of the “Old Polish areas of the Piast Era.”

Piotr Oleksy reaches out of his own lived experience, into the memory of his former and contemporary neighbors in the islands of Wolin, Uznam, and the archipelago of the mouth of Odra River. By giving these memories a broader context, he creates an engaging, multi-threaded story about how history and geography became forces in creating a dynamic, multi-generational community of islanders.

This event is part of the “Galicia. Here You Read” project.

This project was financed by the Ministry of Culture, National Heritage and Sport of the Republic of Poland from the Fund for Promoting Culture.