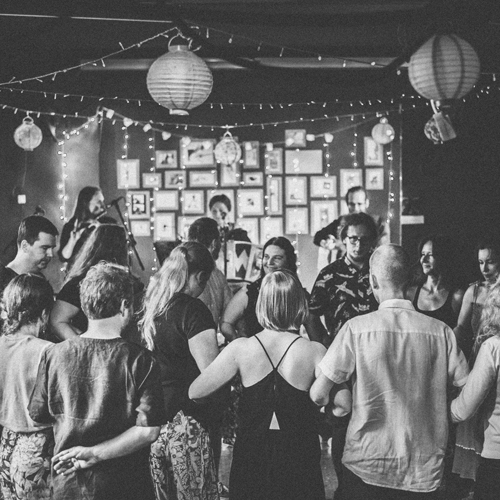 The band Balsam is a poetic combination of traditional dance and music of Europe. As Balsam is often described as being in the balfolk genre, their music is mostly created for dancing: whether it is a joyful Circassian circle, a transe Breton hanter-dro, an upbeat Irish polka, or an intimate French mazurka.

The band members are Ewa de Mezer (vocals, accordion, reciting, lyrics), Michał Zajączkowski de Mezer (acoustic guitar, vocals), and Jakub Szczygieł (Irish flute, tin whistle). Their repertoire includes both traditional pieces and their own work. A large part of their repertoire is their own, personal work.

The band is not afraid of experimentation: they are searching for their own, natural path. Special features of their work are elements of poetry, skilfully woven into the music by Ewa, whose poems are an inseparable part of their songs.