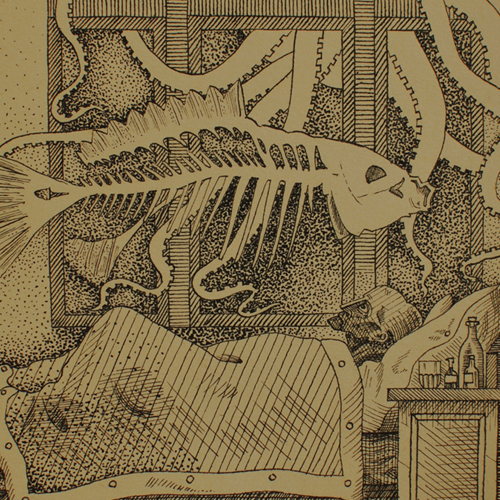 The exhibition presents the original works of Ryszard Apte, a young Krakow artist of Jewish heritage who perished in the Holocaust.

Little about Ryszard Apte is known. He came from an assimilated Jewish family and before the war lived on Św. Sebastian Street in Kraków, Poland. He attended the Hebrew Gymnasium on Podbrzezie Street. He wrote, drew and played musical instruments. At the age of 19, he was deported from Wieliczka to a work camp near Stalowa Wola where he was most likely killed.

What sets this story apart from the countless others like it? The difference is in what Apte left behind, which miraculously survived to this day and serves as a sign of his existence. A green school notebook inscribed “Ryszard Apte. 1939/40” that contains among other things a series of 15 drawings entitled by the author as Anxiety.

The core of the exhibition is the series Anxiety, which was probably drawn in 1941-1942. It is an unusually mature artistic expression of the wartime experience. Additionally, it is one of the few surviving examples of visual art from that time, illustrating the artist’s feelings and visions in the face of the Holocaust.

To find out more about the exhibition, click here.