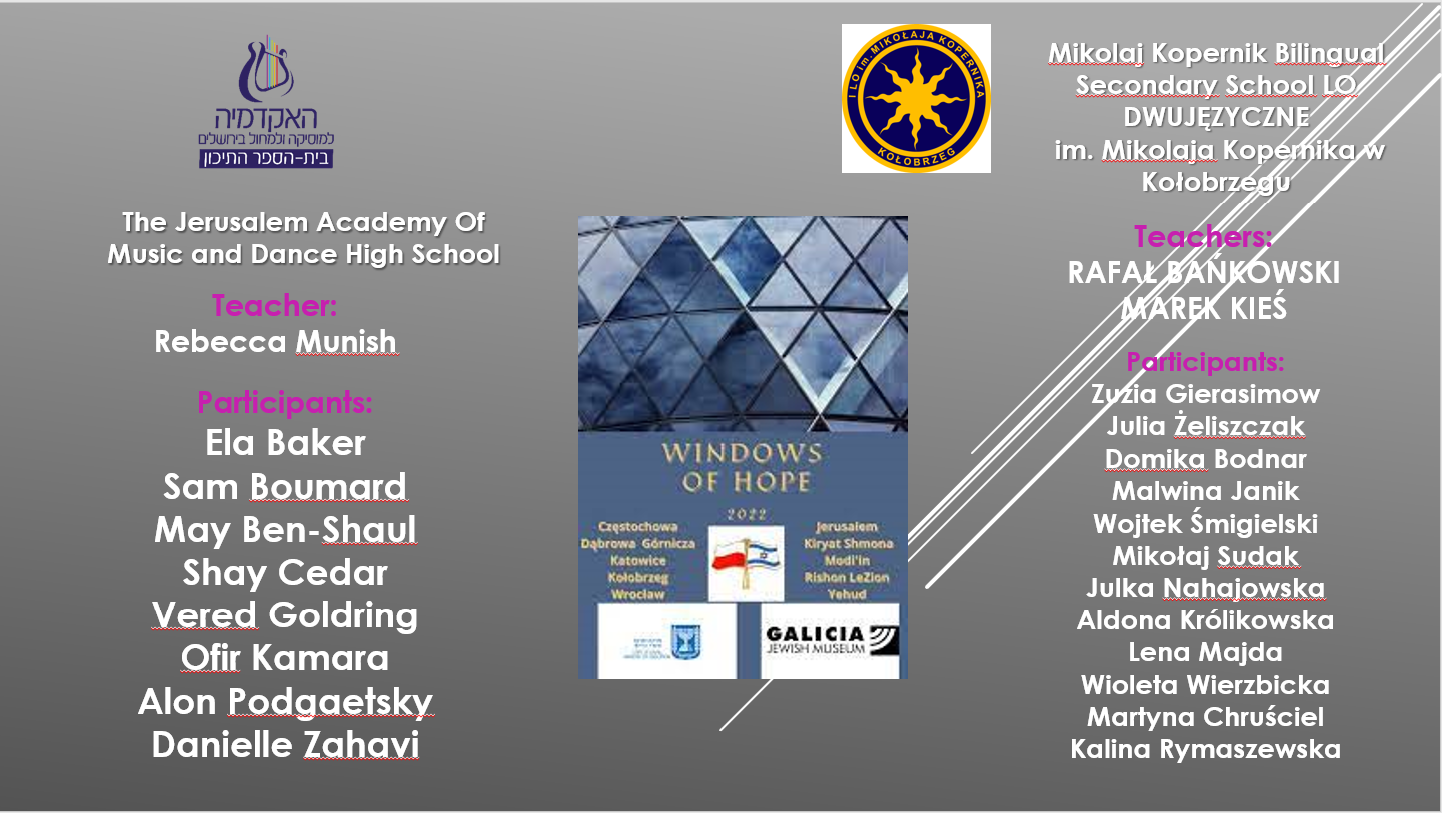 “The Story of Julian Tuwim”

This project was created by Mikołaj Kopernik High School No. 1 in Kołobrzeg, Poland and the Academy of Dance and Music in Jerusalem, Israel.

During the project we needed to face a lot of questions.

Why did we choose Tuwim? The answer wasn’t simple at first as there are lots of Polish-Jewish artists, but we decided to present Tuwim as for Polish kids his poetry is the first contact they have with poetry – a kind of WINDOW through which they can see the world.

What HOPE did he give? As his first poems for children appeared before WWII they gave them some hope to escape the war-time reality. They were a wonderland which they could enter when the situation was hopeless. Thanks to his poems they could have a bit of childhood in those dark times. To show the link between the generations of kids we decided to present one of his poems in a colorful way.

Why did we take part in the project and what have we learnt? Well, a lot. It turned out that we have a lot in common with our friends from Israel. We listen to the same types of music, watch similar films and… use the same smartphones. But what we appreciate most is the fact that had a chance to meet and cross the cultural borders which … don’t exist.

The result of the project is a presentation about the life and work of Julian Tuwim and a musical-theatrical interpretation of the poem “Locomotive”.