The Man Who Gives Hope. The Story of Henryk Sławik, Righteous Among the Nations

The aim of the project is to present the figure of Henryk Sławik, a man honoured with the medal of the Righteous Among the Nations. In Katowice, where the 10th I. J. Paderewski High School is located, we have many places commemorating this figure, but knowledge about Sławik is limited to the region. Henryk Sławik was a well-known activist from Silesia, and during the war, after emigrating to Hungary, he continued his work by saving the lives of Jewish children. (He saved about 5,000 of them.) We decided, together with the Israeli school Maccabim Reut- Mor high school to bring closer the figure of Henryk Sławik and commemorate him in our film. 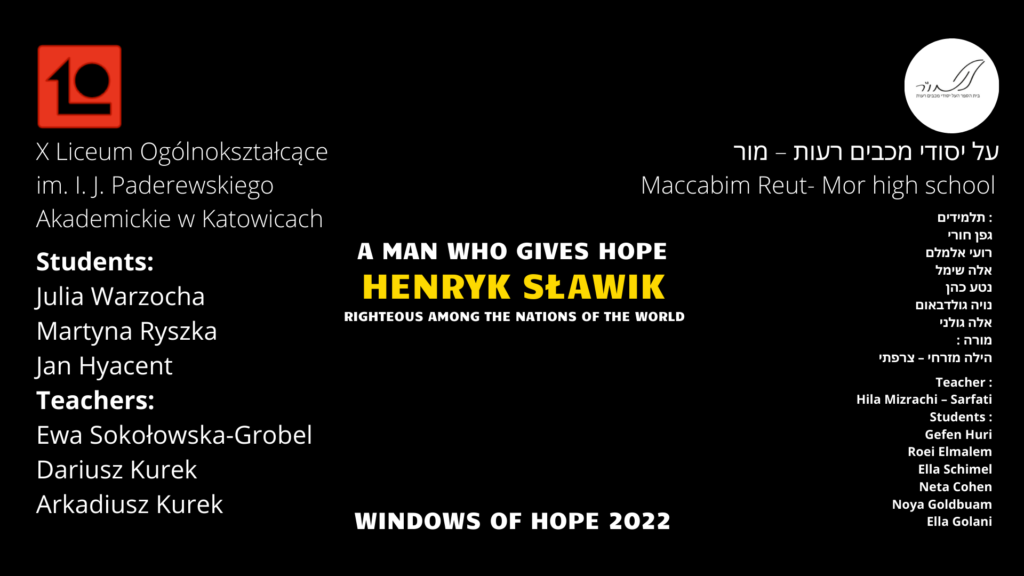